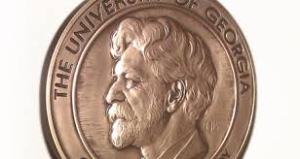 The former CEO of Revolt Media & TV, Keith Clinkscales is a leading expert on new media, lifestyle, and culture. Nominated for an Emmy Award, Keith Clinkscales has been recognized twice with the Peabody Award, the most prestigious honor in media.

Named for George Foster Peabody, a University of Georgia benefactor, the Peabody Awards are managed by the University of Georgia Henry W. Grady College of Journalism and Mass Communications. The awards recognize outstanding achievement in the areas of documentary, entertainment, news, children’s, educational, and public service media.

The 18-member Peabody Board of Jurors is composed of TV critics and other arts and cultural icons. The 77th Peabody Awards Gala was held May 19, 2018, to recognize media published in 2017. The event was hosted by Hasan Minhaj, who was also a Peabody Award winner. At the end of the event, Carol Burnett received the first-ever Peabody Career Achievement Award.