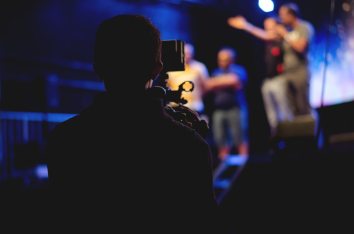 PGA holds an annual competition for filmmakers called Make Your Mark. The contest requires participants to produce an original three- to five-minute film in one weekend.

The competition tests the ability of emerging filmmakers to quickly mobilize their production teams, craft a compelling story, find shooting locations, and successfully shoot and edit a short film. To ensure that participants start and finish the film within the required two-day timeframe, parameters are set for certain props to be included in the film.

The 2018 Make Your Mark competition honored the work of director and producer Sydney Pollack. The winner was a film titled End of the Line, produced by Matt Angel and Suzanne Coote.