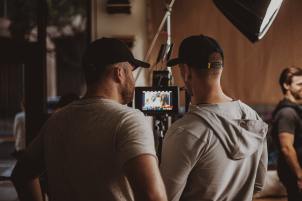 The former CEO of REVOLT Media & TV, Keith Clinkscales is an Emmy Award-nominee and two-time Peabody Award winner. Keith Clinkscales leverages over 25 years of experience in media and entertainment to guide his role as CEO of the Shadow League Digital, a multi-platform content creation company.

In recent news posted by the Shadow League Digital, Tyler Perry celebrated the grand opening of his film studio, along with major Hollywood stars such as Samuel L. Jackson, Viola Davis, Beyonce, Ava DuVerney, and Stacy Abrams. According to a report from The Hollywood Reporter, Tyler Perry is the first African-American director/producer/actor to launch a major film studio in the United States without corporate backing or partners.

The grand opening included a tour of the 330-acre studio, which features 12 soundstages named after 12 African-Americans who have contributed significantly to the industry. Tyler Perry revealed that he was inspired by Oprah Winfrey and what she has accomplished. He remembered being invited to Oprah Winfrey’s Legends Ball and being surrounded by the biggest influencers in Hollywood, including Diana Ross, Tom Cruise, Sidney Poitier, and Smokey Robinson.